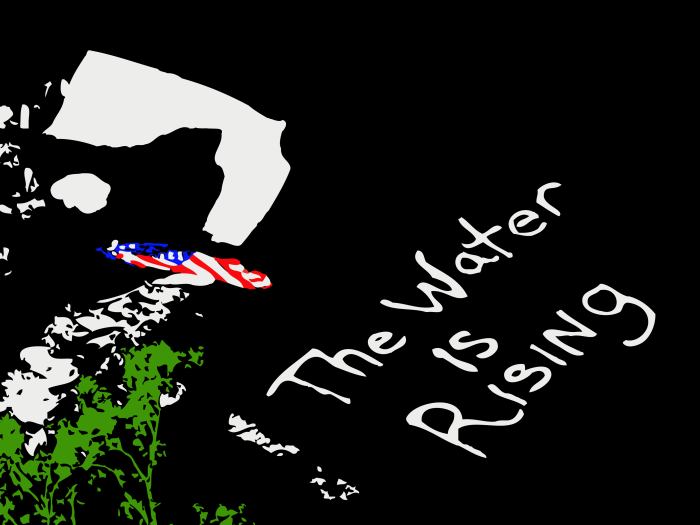 The guilt of feeling lucky to be alive is heavy
It’s like the weight of the ocean’s walls
Crushing uncontrolled by levies
It’s like being dragged through the glass
With a shattered leg and thrown on the back of a Chevy
It’s like being rushed to the hospital
And told you’re going to make it
When you lay beside individuals
Whose lives were brutally taken
The guilt of being alive is heavy.
— Patience Carter, survivor of the Orlando massacre, June 14, 2016

Art based on photo by David J. Phillip/Reuters/Corbis of a rooftop after Hurricane Katrina in New Orleans, Sept. 1, 2005.