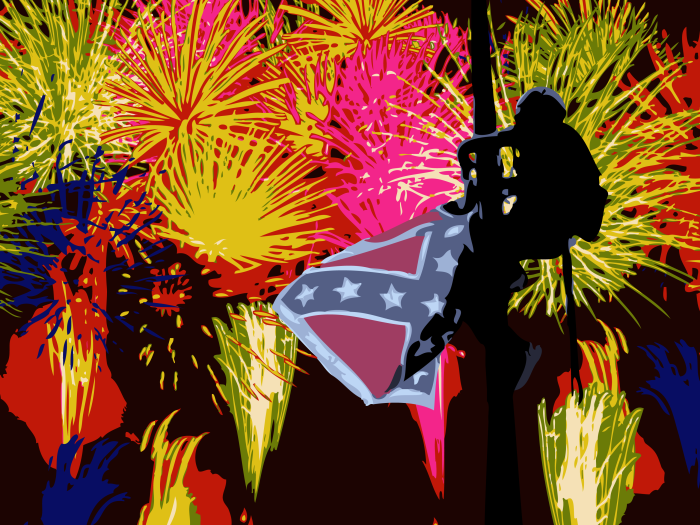 83.
Last Saturday, Bree Newsome, a 30-year-old African-American woman, was arrested at the South Carolina state Capitol after scaling the 30-foot flagpole, unhooking the Confederate flag, and bringing it down. News station WIS spoke to her as she was led away in handcuffs.

REPORTER: And why did you do that?

BREE NEWSOME: Because it was the right thing to do, and it’s time for somebody to step up, do the right thing. We have to bury hate. It’s been too long. It’s killing us, literally. We can’t do this. We can’t be warring with each other all the time. It’s not right.

REPORTER: Why not wait until lawmakers vote to take it down?

BREE NEWSOME: What is there to vote on? There’s doing the right thing, and there’s doing the wrong thing. It’s time for people to have the courage. Everybody who knows what the right thing is to do, we have to step up in love and nonviolence. We have to do the right thing, or else it won’t stop. Every day that flag hangs up there is an endorsement of hate. I prayed on it. And I was very afraid, but then I wasn’t afraid anymore, because, you know, the lord calls us all to do different things. This is what he called me to do. This is what I do.

Bree art via The Tribe/YouTube. Text edited from Democracy Now!